The Franciscan family consists of brothers and sisters from all walks of life who are called to follow and imitate our Lord, Jesus Christ in the footsteps of St Francis of Assisi to help build a better world.

This spiritual family of the Catholic Church consists of:

The terms First, Second and Third Order are not about a hierarchy or importance but refer only to the chronological conception of each order. The Friars Minor were first brothers to follow Francis, St Clare’s Sisters – the Poor Ladies – were second and the “Brothers and Sisters of Penance” were third. Francis did not refer to the Third Order as secular, third or tertiary but as “Brothers and Sisters of Penance”.

Each Order has its own Rule to follow and they all have their foundation in Francis’ early Rule of 1209 consisting mainly of Gospel readings, including the three verses which Francis and his first two companions, Bernard of Quintavalle and Peter Cantani, turned to at the Church of St Nicholas on 16th April 1209

The Secular Franciscan Rule was approved in 1221 by Pope Honorius III, revised in 1289  then again 1883 and the present Rule was introduced by Pope Paul VI on 24th June 1978.

who can be a secular Franciscan?

If you’re a faithful Catholic and over the age of 18 you’re welcome to come and visit us at one of our meetings, either at St Coleman’s Church, Cosham, Portsmouth or Our Lady and St Wilfrid’s Church, Ventnor,  Isle of Wight. The OFS is open to men and women in every state of life (the laity) and to secular clergy (deacons, priests and bishops). If you would like to discover more feel free to get in touch using the Contact page.

Secular Franciscans pray,  praise and live their Gospel life in ordinary daily living. Daily life is where we meet God. Daily life is where we can be the only sermon others may see and hear this day. We are sermons by example of our lifestyle of simplicity, humility, love and respect for others. And we remember we are all God’s Created Ones, we are all His children – every one of us.

If you’re interested in the Secular Franciscan way of life and you’re not Catholic have a look at the  Anglican Third Order Society of St Francis [formed 1934] in the UK known as the TSSF and on our Links Page you’ll find the Order of Lutheran Franciscans [formed in Germany in 1927] and also the Order of Ecumenical Franciscans [a young American ecumenical community].

The World is Our Cloister!

Being secular means that we do not live in a community such as a friary or monastery, instead we in live in the every-day world working, living, loving, crying just as every one does.   We live in the word and are of the world and we join together as brothers and sisters at regular Fraternity meetings.   We don’t make a  profession of evangelical counsels [vows of poverty, chastity and obedience] but we do make a public profession during Holy Mass and are consecrated just like our Brothers and Sisters in the First and Second Orders. Profession gives us God’s Grace to embrace and live out our Baptismal Promises.  Our General Constitutions puts it this way:

1. The Secular Franciscans commit themselves by their profession to live the Gospel according to Franciscan spirituality in their secular condition.

2. They seek to deepen, in the light of faith, the values and choices of the evangelical life according to the Rule of the SFO:
— Rule 7: in a continually renewed journey of conversion and of formation;
— Rule 4.3: open to the challenges that come from society and from the Church’s life situation,
— “going from Gospel to life and from life to Gospel;”
— in the personal and communal dimensions of this journey.

1. Gaining inspiration from the example and the writings of Francis and, above all, filled with the grace of the Holy Spirit, each day the brothers and sisters faithfully live the great gift which Christ has given: the revelation of the Father. They should bear witness to this faith before all:

What does The Church say about Our Order?

On 14th June 1988 to OFS General Chapter Pope Saint John Paul II emphasised the importance of the Secular Franciscan Order, he said “… you are also an “Order”, as the Pope (Pius XII) said: “a lay Order, but a true Order”; also Benedict XV had already spoken of “Ordo veri nominis” (a true Order). This ancient term – a medieval one – “Order” expresses your intimate belonging to the great Franciscan Family. The word “Order” means the participation in the discipline and austerity which is proper of this spirituality, while maintaining the autonomy of your lay and secular condition, which implies often sacrifices that are not less important than the ones associated with religious and priestly life”.

On 6th January 1921 in his Encyclical on the Third Order of St Francis  “Sacra Propediem” Pope Benedict XV said:  “He [Francis of Assisi] founded an Order, a true Order, that of Tertiaries, not bound by religious vows like the other two Orders, but likewise shaped by simplicity life of and the spirit of penance. Thus Francis first conceived and successfully implemented, with the divine help, the project which no founder of a regular Order had yet conceived: to make the substance of the religious life something that all could share.”

Canon Law 303 states :  Associations whose members share in the spirit of some religious institute while in secular life, lead an apostolic life, and strive for Christian perfection under the higher direction of the same institute are called third orders or some other appropriate name.

The above law, Encyclicals and words of various Popes emphasis the importance of Secular Orders [Third Orders] to the Church.  Their importance is equal to that of Monks and Friars, Nun and Sisters but their state of life is different.  We live in the world, living every-day lives. 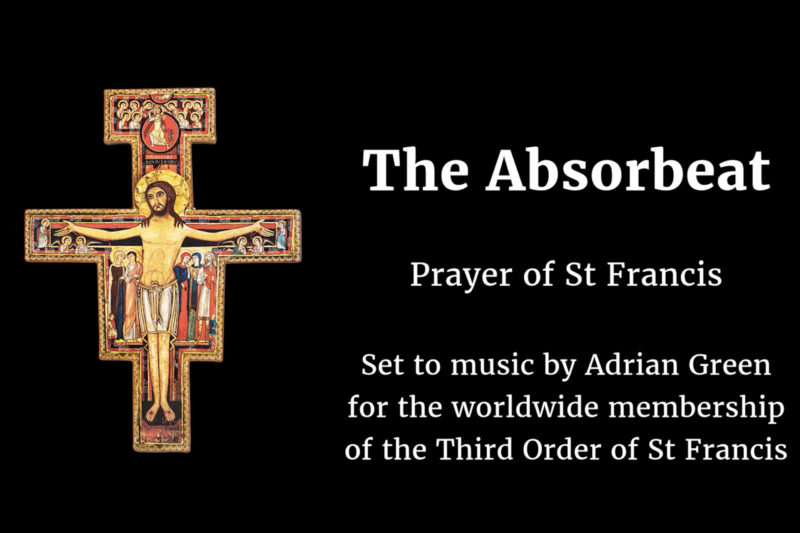