One of the best loved Saints is without a doubt St Clare of Assisi who lived in the 13th century and was a contemporary of St Francis. Her testimony shows us how indebted the Church is to courageous women, full of faith like her, who can give a crucial impetus to the Church’s renewal.

So who was Clare of Assisi? To answer this question we possess reliable sources: not only the ancient biographies, such as that of Tommaso da Celano, but also the Proceedings of the cause of her canonization that the Pope promoted only a few month after Clare’s death and that contain the depositions of those who had lived a long time with her.

Born in 1193, Clare belonged to a wealthy, aristocratic family. She renounced her noble status and wealth to live in humility and poverty, adopting the lifestyle that Francis of Assisi recommended. Although her parents were planning a marriage for her with some important figure, as was then the custom, Clare, with a daring act inspired by her deep desire to follow Christ and her admiration for Francis, at the age of 18 left her family home and, in the company of a friend, Bona di Guelfuccio, made her way in secret to the Friars Minor at the little Church of the Portiuncula. It was the evening of Palm Sunday in 1211. In the general commotion, a highly symbolic act took place: while his companions lit torches, Francis cut off Clare’s hair and she put on a rough penitential habit. From that moment she had become the virgin bride of Christ, humble and poor, and she consecrated herself totally to him. Like Clare and her companions, down through history innumerable women have been fascinated by love for Christ which, with the beauty of his Divine Person, fills their hearts. And the entire Church, through the mystical nuptial vocation of consecrated virgins, appears what she will be for ever: the pure and beautiful Bride of Christ.

In one of the four letters that Clare sent to St Agnes of Prague the daughter of the King of Bohemia, who wished to follow in Christ’s footsteps, she speaks of Christ, her beloved Spouse, with nuptial words that may be surprising but are nevertheless moving:

Especially at the beginning of her religious experience, Francis of Assisi was not only a teacher to Clare whose teachings she was to follow but also a brotherly friend. The friendship between these two Saints is a very beautiful and important aspect. Indeed, when two pure souls on fire with the same love for God meet, they find in their friendship with each other a powerful incentive to advance on the path of perfection. Friendship is one of the noblest and loftiest human sentiments which divine Grace purifies and transfigures. Like St Francis and St Clare, other Saints too experienced profound friendship on the journey towards Christian perfection. Examples are St Francis de Sales and St Jane Frances de Chantal. And St Francis de Sales himself wrote: “It is a blessed thing to love on earth as we hope to love in Heaven, and to begin that friendship here which is to endure for ever there. I am not now speaking of simple charity, a love due to all mankind, but of that spiritual friendship which binds souls together, leading them to share devotions and spiritual interests, so as to have but one mind between them” (The Introduction to a Devout Life, III, 19).

After spending a period of several months at other monastic communities, resisting the pressure of her relatives who did not at first approve of her decision, Clare settled with her first companions at the Church of San Damiano where the Friars Minor had organized a small convent for them. She lived in this Monastery for more than 40 years, until her death in 1253. A first-hand description has come down to us of how these women lived in those years at the beginning of the Franciscan movement. It is the admiring account of Jacques de Vitry, a Flemish Bishop who came to Italy on a visit. He declared that he had encountered a large number of men and women of every social class who, having “left all things for Christ, fled the world. They called themselves Friars Minor and Sisters Minor [Lesser] and are held in high esteem by the Lord Pope and the Cardinals…. The women live together in various homes not far from the city. They receive nothing but live on the work of their own hands. And they are deeply troubled and pained at being honoured more than they would like to be by both clerics and lay people” (Letter of October 1216: FF, 2205, 2207).

Jacques de Vitry had perceptively noticed a characteristic trait of Franciscan spirituality about which Clare was deeply sensitive: the radicalism of poverty associated with total trust in Divine Providence. For this reason, she acted with great determination, obtaining from Pope Gregory IX or, probably, already from Pope Innocent III, the so-called Privilegium Paupertatis (cf. FF., 3279). On the basis of this privilege Clare and her companions at San Damiano could not possess any material property. This was a truly extraordinary exception in comparison with the canon law then in force but the ecclesiastical authorities of that time permitted it, appreciating the fruits of evangelical holiness that they recognized in the way of life of Clare and her sisters. This shows that even in the centuries of the Middle Ages the role of women was not secondary but on the contrary considerable. In this regard, it is useful to remember that Clare was the first woman in the Church’s history who composed a written Rule, submitted for the Pope’s approval, to ensure the preservation of Francis of Assisi’s charism in all the communities of women large numbers of which were already springing up in her time that wished to draw inspiration from the example of Francis and Clare.

In the Convent of San Damiano, Clare practised heroically the virtues that should distinguish every Christian: humility, a spirit of piety and penitence and charity. Although she was the superior, she wanted to serve the sick sisters herself and joyfully subjected herself to the most menial tasks. In fact, charity overcomes all resistance and whoever loves, joyfully performs every sacrifice. Her faith in the Real Presence of Christ in the Eucharist was so great that twice a miracle happened. Simply by showing to them the Most Blessed Sacrament distanced the Saracen mercenaries, who were on the point of attacking the convent of San Damiano and pillaging the city of Assisi.

Such episodes, like other miracles whose memory lives on, prompted Pope Alexander IV to canonize her in 1255, only two years after her death, outlining her eulogy in the Bull on the Canonization of St Clare. In it we read:

“How powerful was the illumination of this light and how strong the brightness of this source of light. Truly this light was kept hidden in the cloistered life; and outside them shone with gleaming rays; Clare in fact lay hidden, but her life was revealed to all. Clare was silent, but her fame was shouted out” [FF, 3284].

And this is exactly how it was, dear friends: those who change the world for the better are holy, they transform it permanently, instilling in it the energies that only love inspired by the Gospel can elicit. The Saints are humanity’s great benefactors!

St Clare’s spirituality, the synthesis of the holiness she proposed is summed up in the fourth letter she wrote to St Agnes of Prague. St Clare used an image very widespread in the Middle Ages that dates back to Patristic times: the mirror. And she invited her friend in Prague to reflect herself in that mirror of the perfection of every virtue which is the Lord himself. She wrote:

“Happy, indeed, is the one permitted to share in this sacred banquet so as to be joined with all the feelings of her heart (to Christ) whose beauty all the blessed hosts of the Heavens unceasingly admire, whose affection moves, whose contemplation invigorates, whose generosity fills, whose sweetness replenishes, whose remembrance pleasantly brings light, whose fragrance will revive the dead, and whose glorious vision will bless all the citizens of the heavenly Jerusalem, because the vision of him is the splendour of everlasting glory, the radiance of everlasting light, and a mirror without tarnish. Look into this mirror every day, O Queen, spouse of Jesus Christ, and continually examine your face in it, so that in this way you may adorn yourself completely, inwardly and outwardly…. In this mirror shine blessed poverty, holy humility, and charity beyond words…” [Fourth Letter to Blessed Agnes of Prague, FF, 2901-2903].

Grateful to God who give us Saints who speak to our hearts and offer us an example of Christian life to imitate, I would like to end with the same words of Blessing that St Clare composed for her Sisters and which the Poor Clares, who play a precious role in the Church with their prayer and with their work, still preserve today with great devotion. These are words in which the full tenderness of her spiritual motherhood emerges: 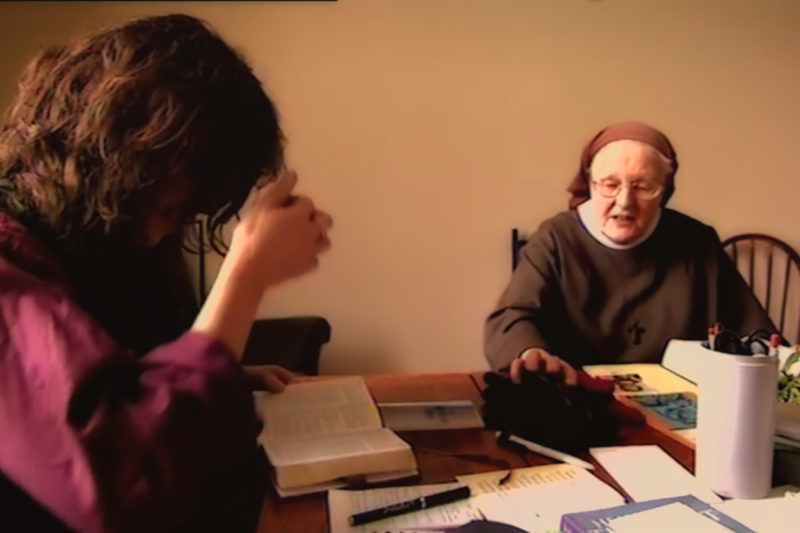 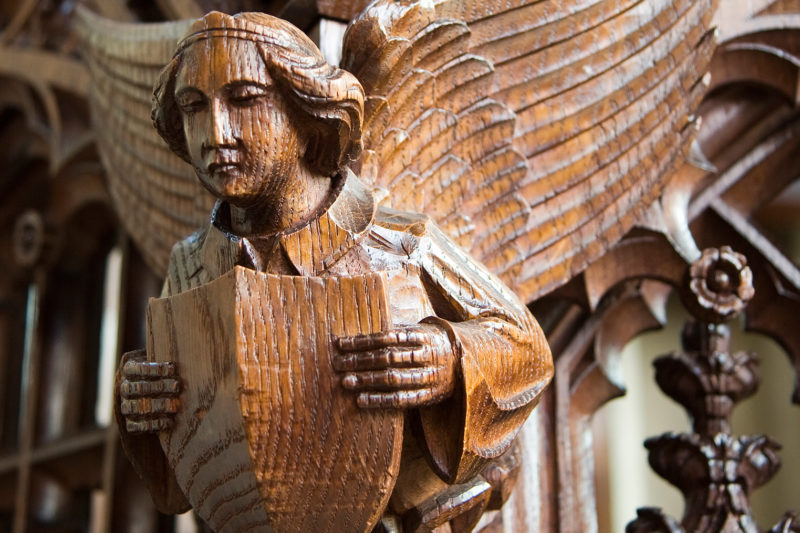